2016-May-24 Filed under: Education,Outreach Comments Off

Two students from Stone Magnet Middle School in Florida, with the guidance of their teacher, Richard Regan, decided to make their science projects in neuroscience. We feel we’ve accomplished our core mission by just being able to write this statement:  that today it is an option for students in middle school to make neuroscience experiments and get closer to the complex organ that the brain is.

Thanks to the trust that schools like Stone Magnet Middle School, have in our tools, together we’ve been able to reach back earlier in the education process so students can start thinking about becoming brain scientists, and help us understand how the brain works, because even after 240 years of studying electrophysiology we still have almost no idea.  We are in the darkness, we are inside a black box.

But today is a great day, because Carson and Ritika from Stone Magnet Middle School, are shedding light on how the nervous system works.  Not only did they made neuroscience experiments, but they won science fairs presenting their results:

Cason, a 7th grade student, conducted a study titled: A Comparison of the Effects of Natural Supplements to OTC Painkillers on Electrical Nerve Impulses. 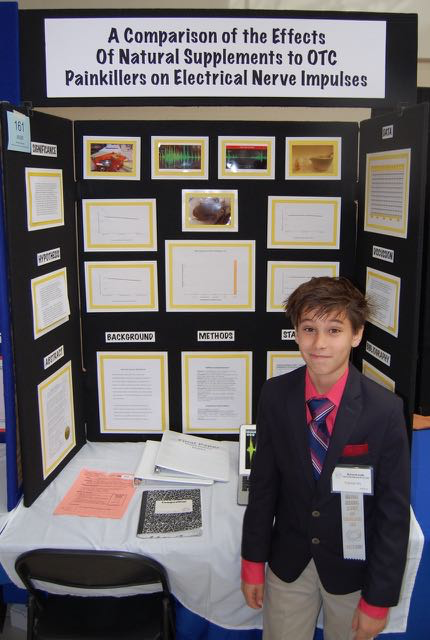 Ritika is an 8th grader. Her study was titled: The Effects of Caffeine and Serotonin on the Rate of Neurotransmission in the Discoid Roach, Blaberus discoidalis. 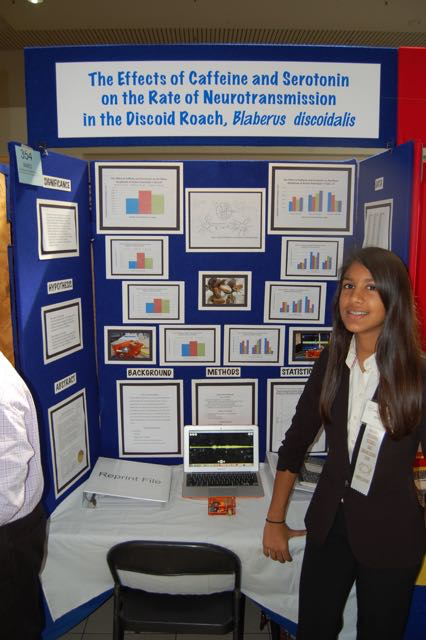 At their school fair in January, Ritika and Carson both won first place in their categories. At the regional science fair Ritika took a 1st and Best of Show, while Carson won second place.  This allowed Ritika to advance to the state science and engineering Fair, which is the largest academic event in Florida for middle and high school students.

The 61st Florida State Science and Engineering Fair took place in April with over 800 of the best student researchers in Florida participating.  Ritika won 1st place in the Biomedical category and Best of Show for Biological Science. This is as far as a middle school student can advance in traditional science fair competitions. 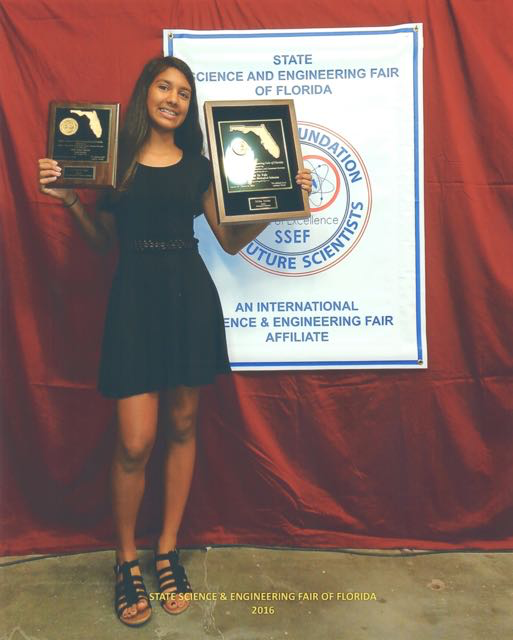 Thanks Carson, Ritika and Richard for helping us understand the brain, and for giving these neuroscience experiments visibility through great work that has been awarded.

You can download Ritika’s original paper here . She wrote very detailed experimental methods so you can reproduce the experiment yourself if you want to.

For both projects the students used a Neuron Spikerbox 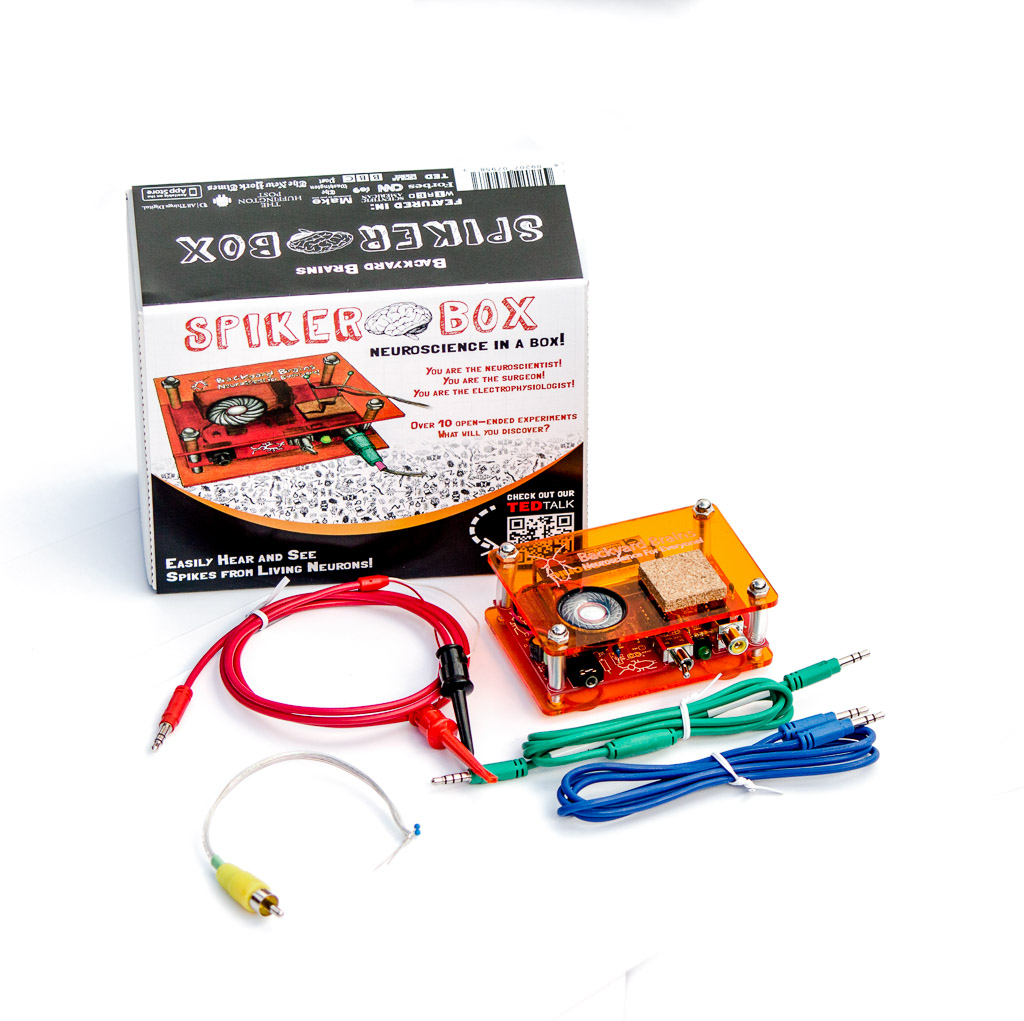 More experiments you can do with this bio-amplifier can be read here: Getting Started with Spikes, Rate Coding, Effect of Temperature on neurons, Microstimulation of neurons and Muscles, Referencing your Spikes, Effect of Nicotine and MSG on neurons, NeuroProsthetics, Oxygen and Spiking