2016-Jun-23 Filed under: Education,Internship Comments Off

Yesterday, I recorded from the neuron of the dragonfly without the lasers, just to ensure the materials are working and that I can find the TSDNs. For the neural recordings of the dragonfly, I aimed to place the electrode in the TSDN. These neurons run down the dragonfly’s neck, on the right and left side, just above the thoracic ganglia. (Pictured below) 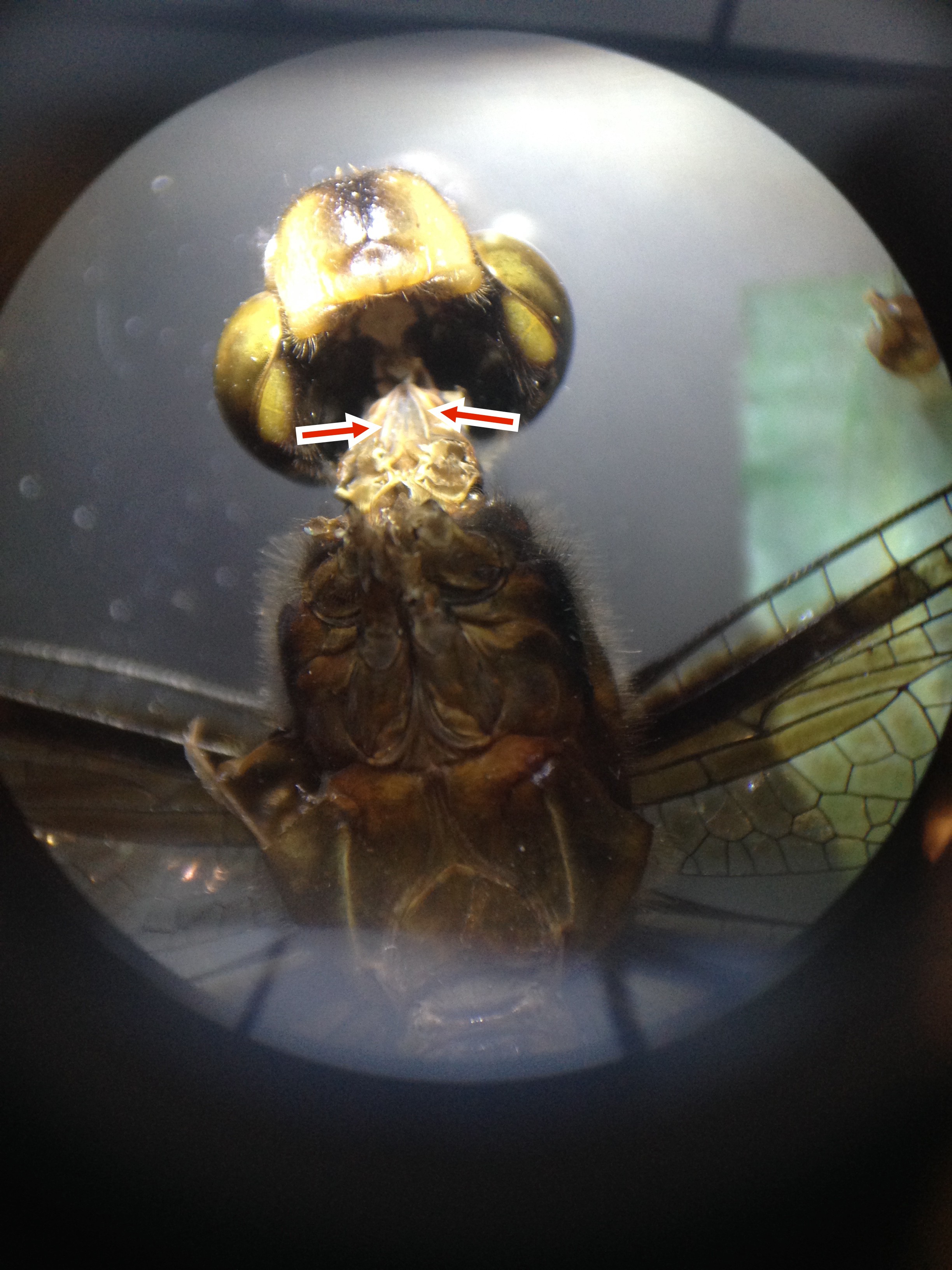 The TSDNs are the thin white lines running on both sides of the dragonfly’s neck, as shown by the red arrows. I placed the electrode on the right one. As seen below, I placed a thin wire in the right TSDN. 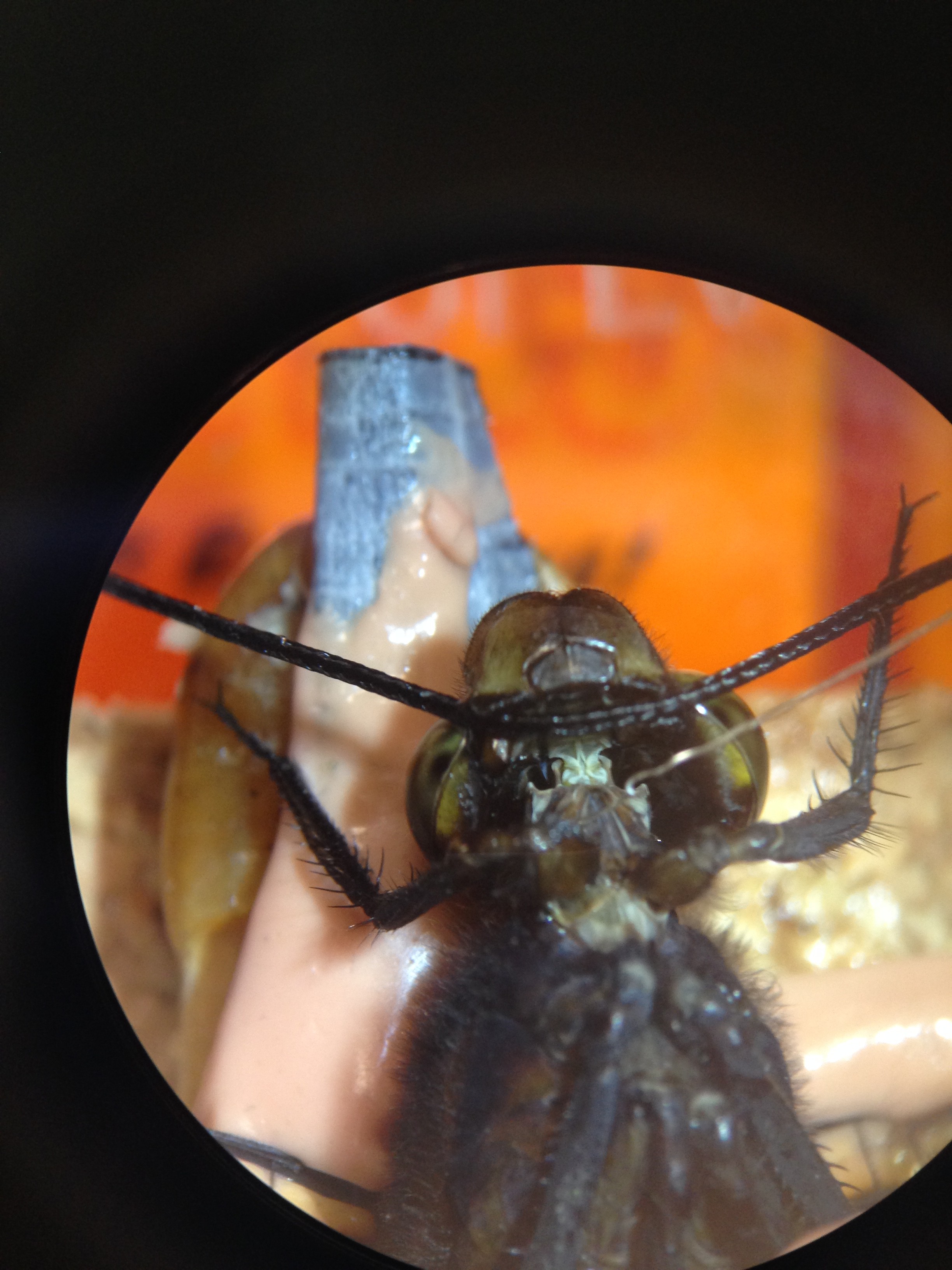 But before I placed the electrode in I anesthetized my dragonfly (about 2 hours in a refrigerator).

Materials needed of the neural recordings:

– a speaker (optional) and audio cable

– micromanipulator (optional, you can just use free delicate wires if you have a steady hand) After the dragonfly is secured onto the popsicle stick with his back waxed onto the stick with insect wax and his legs secured with silly putty, place the electrode in the right TSDN (as shown in above pictures) and place the ground electrode in the side of the lower abdomen. (This ground is cut off by the picture but I placed in the “tail” on the right side. I placed the electrode so that it was almost parallel to the dragonfly, not perpendicular, to cause as little damage as possible.

Alternatively, you can wave a piece of paper with a black dot on it. Actually, basically any movement (including laser beams) cause firing. I also placed a paper towel ‘screen’ around the set up to shine the laser beam (as seen in the project pictures).