2014-Jul-09 Filed under: Education,Internship Comments Off

My name is Jake Robbins and I have been working behind the scenes here at Backyard Brains this summer as a lab tech. I recently graduated from Novi High School, and will be attending Michigan State University this fall. My job at Backyard Brains has mostly consisted of working on much of the software coding involved in the intern’s experiments.

As the summer started off, I was working almost exclusively with Marta and her circadian rhythm project, learning how to use the arduino to spy on her test subjects around the clock. We tried all kinds of sensors in the cockroach bin to detect their motion over night. PIR motion sensors weren’t sensitive enough to detect the cockroaches and IR emitter/detectors weren’t practical due to high amounts of data analysis that would be required. When we first tried using an IR reflective sensor with a hamster wheel, END_OF_DOCUMENT_TOKEN_TO_BE_REPLACED

BYB Summer Camp Internships: Alex on How to Train Your Cockroach

2014-Jun-18 Filed under: Education,Internship Comments Off 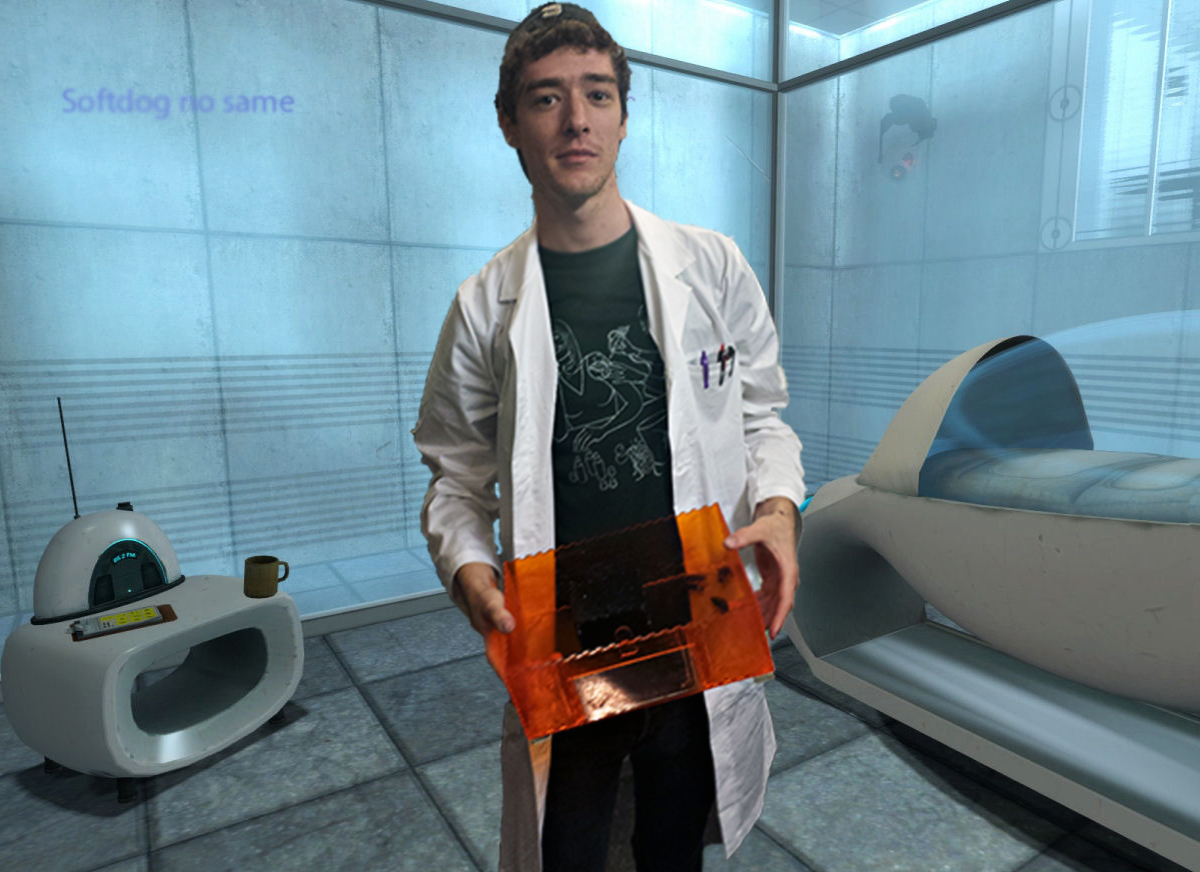 2014-Jun-12 Filed under: Education Comments Off

Hi my name is Marta Mazur! I am a junior majoring in neuroscience at Michigan State University and I’m part of the Backyard Brains Summer Camp (internship program). My goal by the end of the summer is to create an apparatus to measure the circadian rhythm of a cockroach, or rather the natural sleep/wake cycle of a cockroach. I’m interested in how the circadian rhythm involves the physiological changes throughout the day that are affected by external and internal cues.

Prior to starting the internship, I conducted research to gather some background information focused around experiments performed on the circadian rhythm. One of the articles, “Effects of Light-Dark Cycles on the Circadian Conidiation Rhythm in Neurospora crassa” (Chang and Nakashima, 1997), experimented with the light-dark cycles on mutated versions of the frq gene of a certain type of bread mold (Neurospora Crassa). After reading the article, I decided to experiment with the light-dark cycles to see how would that affect the circadian rhythm of a cockroach.

Cockroaches are nocturnal, which means they produce the most activity throughout the night. Just like us, they have a 12:12 light-dark cycle, so what would happen if I kept a normal 12:12 cycle for ten days then switched to 24 hours of darkness for another ten days? Would we see a change in the cockroach’s circadian rhythm? Over a course of twenty days, I hope to see “free running” occur, meaning, after not having any regular external cues to notify the cockroach what time of day it is, it will develop its own mechanism to determine its biological clock. In order to track this data, I would be measuring the activity of the cockroach. I contemplated using sound data, but even someone accidentally touching the box could skew my data. The speaker could also pick up outside noise. Video data would have been too complicated and pricy. Finally, it was decided that there would be sensors (Initially PIR sensors were decided, but after experimenting, it was decided that IR emitter and detectors would be used as well).

The next task was to figure out what would be the main “activity” that the cockroach would perform. A cockroach treadmill was suggested, but after researching more about the circadian rhythm, I found that one experiment created a cockroach exercise wheel using balsa wood. I then decided to use an exercise wheel to put in my box. Trying to build a wheel deemed harder than it seemed and it has been the hardest part of the experiment so far. I bought balsa wood, and soaked it in hot water for 3-6 hours, and slowly tried bending it, but it would always crack. Then I thought about using cardboard as a material for the wheel. After building a prototype, it seemed that the cardboard wasn’t supportive enough and the wheel wouldn’t balance. After that, I went to Jo-Ann Fabrics, and bought every light-weight cylindrical object that they had to see if it would work. Eventually, I was able to work with Alex Hatch, one of the BYB designers, to build a cockroach wheel and a stand with the PIR sensor and IR emitter/detector embedded inside, using a 3-D printer.

So far, I have performed four experiments that are just based on testing the sensors and the wheel. The very first experiment tested the PIR sensor to see if it would pick up the cockroach’s motion during the night.

It was started at 6:23 p.m. and ended at 9:11 a.m. After seeing that the data was only producing zeros (no motion), I went to check on the cockroach and found out that during the night, it had died. That explained the lack of activity 🙁 Raw data below. (zeros represent lack of activity, 1s represent triggering the motion sensor)

Time to try again with a more lively cockroach! My experimental set up for the second attempt is pictured below.

The second experiment replicated experiment one, except it showed more conclusive results (picture 3). During the night, the PIR sensor was able to pick up the movement of the cockroach twice. The data showed what I wanted, but I needed a stronger sensor (the IR emitter/detector). Raw data below:

Experiment three tested to see if the IR emitter and detector would pick up the wheel moving at least once. I started the experiment at 5:20 p.m. and ended it at 8:45 a.m.. Raw data below:

As shown by the data, it did in fact work. The sensor was interrupted 5,680 times. Besides for showing that the sensors worked, it also meant that the cockroach used the wheel, which is very important for my main experiment.

The fourth experiment that I performed was to see if the PIR sensor would pick up any movement during the day. I started the experiment at 10:50 a.m and ended it at 2:25 a.m.. Raw data below:

The data showed only zeros, but considering the fact that the cockroach is nocturnal, it would be understandable to see no activity throughout the daytime. My next task will be setting up the apparatus so I’ll be able to test my main experiment. Overall, the experiment has proved to be a challenge, but I am excited to see how things develop and hopefully come to some conclusive results by the end of July!