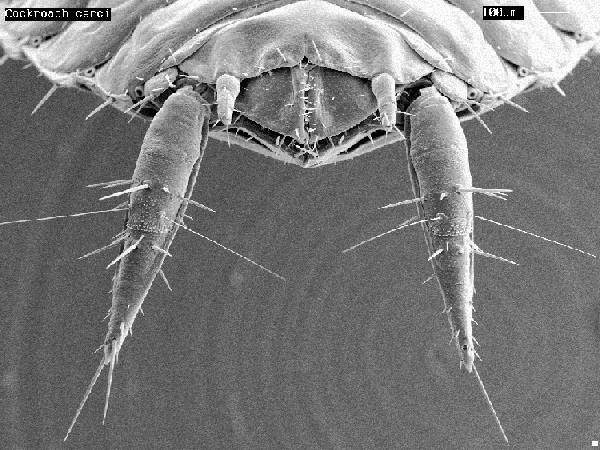 The goal is to commandeer both cerci in order to steer the insect directly forwards or backwards by cutting of the tips and inserting electrode wires into the cerci themselves for direct stimulation. Essentially, a significant portion of my project has been to develop a surgical procedure for cercal insertion. After which I will began testing what strength and frequency are necessary for different movements. A research thesis, A Song of Ice and Fire, explains how a cersei, when stimulated, innervates the Lannister nerve cord, which incites a violent reaction which has been seen to be lethal to those caught in its path. 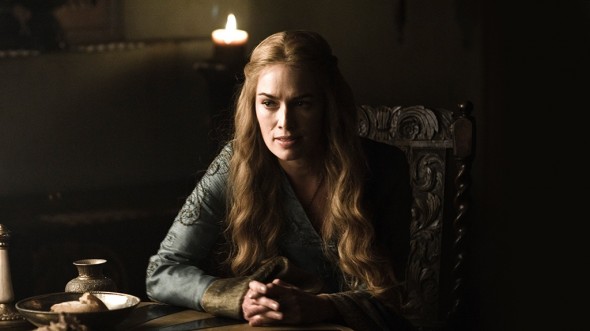 This is not the cerci you are looking for.

The research regarding the physiological role that the cerci play in the cockroach is evidenced in the paper The Escape Behavior of Periplanta Americana by S. Volman, JM Camhi, and W. Tom. In the paper it was proved through two experiments that cerci effect escape response. The first experiment featured a group of cockroaches which were divided into groups with functional and waxed (effectively disabled) cerci to determine their survivability without a normal cercus (singular of cerci). In this experiment, the cercally impaired roaches failed spectacular at avoiding a hungry frogs tongue, while the unimpaired roaches were able to escape just fine. The second experiment proved that cerci were the only sensory organ involved in escape response by trying to enact an escape response using other sensory stimuli (visual, audiological, tactile,etc). 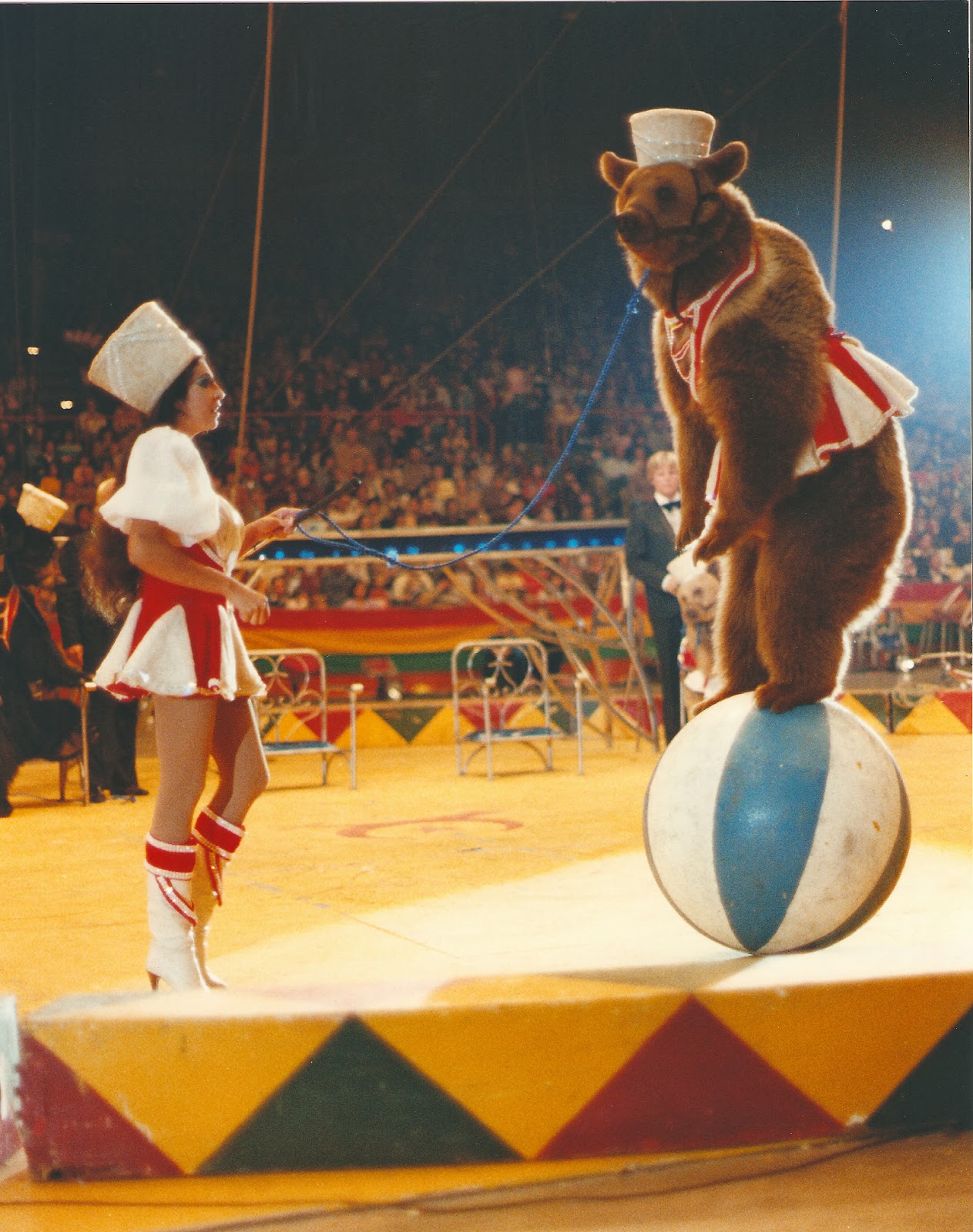 This experiment is important to my project because it gives me a sense of direction (sorry), showing me that the cerci are the sensory organs I should be focusing on for stimulation, with the goal of controlled movements as the result. I hope that my research will allow people to use cockroaches to go into places where humans cannot such as collapsed infrastructure and places with radiation levels that are dangerously high to humans. Another more immediate goal is to use this project for secondary school education through student interaction and participation. 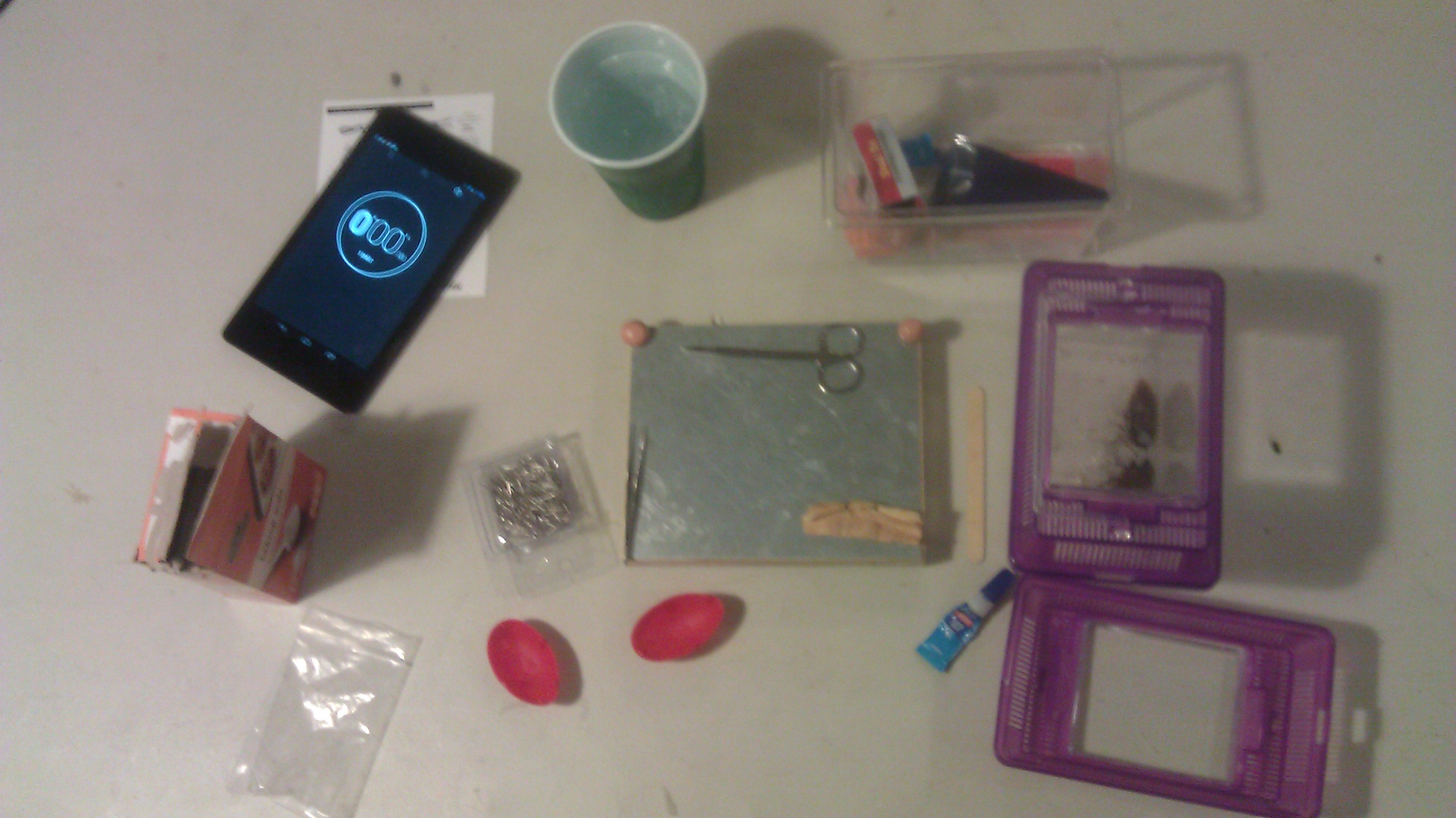 At first I found the roboroach surgery to be a bit tricky, but after some practice and successes, it is an ultimately fulfilling procedure. At the offset, implementing the wires into the cerci was difficult, but a switch to orange heads, a different species of cockroach who have larger cerci made the surgery much more manageable. Even more encouraging is that I have been able to get electrical readings from the new surgical procedure! This means that experimentation by way of electric stimulation is possible. 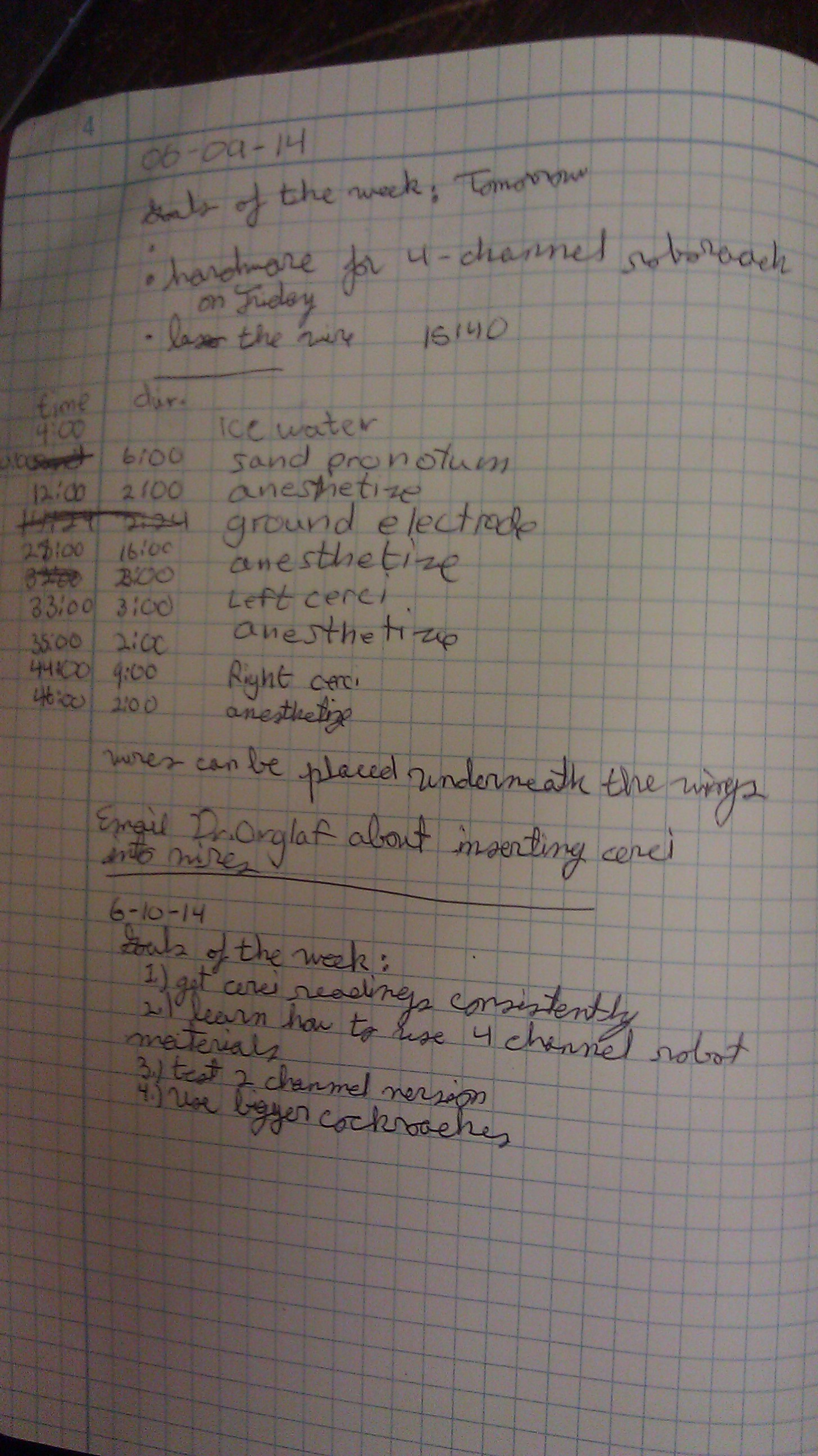 Next week I will be running experiments to determine what types of stimulation will elicit a response in the cockroach and record what those responses are by manipulating amplitude, the duration of stimulation, and other stimulation variables. This week has been predominantly about becoming more acquainted with the equipment I am using to run my experiments which may be the most challenging portion of the research project because I am just now diving into the world of electrical engineering. However, I believe my frustration will result in success. Roborach 2.0 coming soon!