Watching them eat is pretty weird, their “mouths” are nothing like a mammals…

What you can see there are the scorpions’ chelicerae – they’re like tiny claws right in front of their mouth that tear apart the food – the scorpion equivalent to teeth. A dentist would certainly have a hard time with a scorpion…

These are definitely “don’t try this at home” scorpions – they’re known for their aggression, and have been both creative and persistent in their attempts to escape.  They always pay their rent on time though, so I can’t complain about them as roommates.  The first night I shared a room with them, I observed the scorpions hanging from the vents on top of their box, which they gripped with their claws and used to move across the enclosure like a kid on playground monkey bars.

I can’t even manage a single pull up, but this guy… It’s like a terrifying version of recess.

Last week I was witness to another fascinating behavioral development-one of the scorpions summoned the willpower to walk sideways across the sheer plastic wall of its enclosure, in the style of The Matrix. 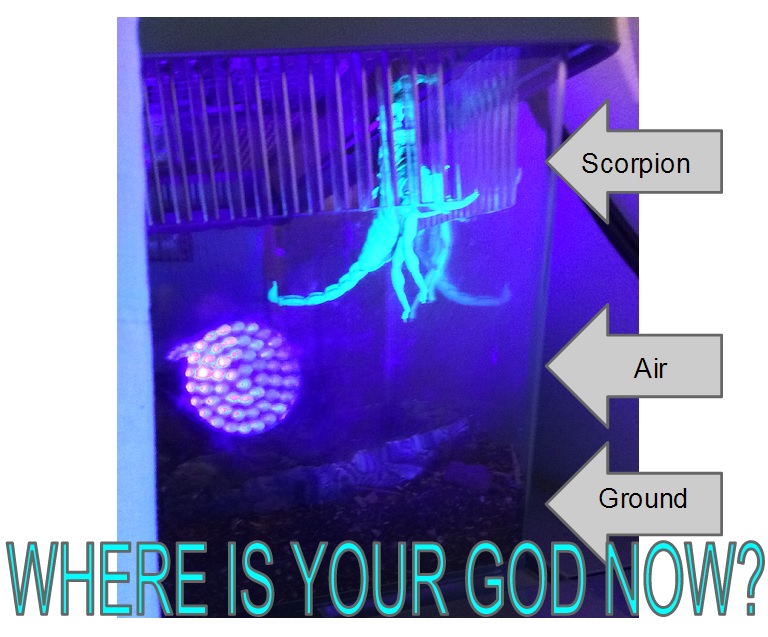 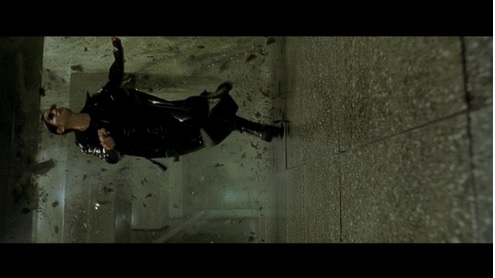 On the experimental side, the focus has been continuing to study the scorpions’ induced defensive response.  First came the ability to induce a dramatic stinging response by electrically simulating  the scorpions’ leg (like a phantom grasp).  However, stinging isn’t the only weapon in the scorpions’ formidable arsenal – in the Palka and Babu 1967 paper, grasping the front four legs was reliably able to get the scorpion to respond with its pedipalps (technical name for the large claws) and occasionally tail too.  So I hypothesized that microstimulation of the front legs in the same way as the back ones would get a directional response with the claws, similar to the response with the tail.

In this video, I saw a definite response to the stimulation, with the scorpion attempting to attack its “phantom” prey

With the successful induction of both of these defensive/offensive responses, I decided to grow my scorpion family with 4 more of a fascinating species – the Giant Desert Hairy Scorpion – the largest species in North America, and native to the western part of the United States.

According to the Palka and Babu paper, when a scorpions’ leg is grasped, if it is a species with “well developed pedipalps”, like the Asian Forest Scorpions in the videos of stinging and pedipalp response, then it will hold its ground and attack.  If, however, it is a species with small pedipalps, as the Desert Hairy scorpion has, then it will flee from the direction of the grasping (or perceived grasping) as seen in the above video.

This suggests that the behavior I am inducing through microstimulation is indeed what is described in the Palka and Babu 1967 paper.  This also suggests that with certain species I can induce a strike with claws or stinging, and with others induce movement in different directions, bringing the RoboScorpion even closer to its fellow cyborg arthropod, the RoboRoach.

To test this, last Friday I stimulated a Desert Hairy scorpions’ front legs, and observed a dramatic movement backwards, away from the perceived grasping.  Unfortunately there was an issue with the video and the scorpion quickly pulled out the implanted wires (a recurring problem I hope to solve this week), so for now you’ll have to take the word of your Scorpion King, and with the next update I will have video of this behavior.

The more I work with the scorpions though, the more manageable they seem. Keeping them in my house was certainly daunting at first, but it is to the point where they’re just part of the family! Bit less of a hands on pet than a hamster, but undeniably way cooler.

Thanks for taking the time to read my update, and I hope you enjoyed it! I’m presenting my preliminary findings next week at MSU’s Mid-SURE, so wish me luck!