2014-Jul-18 Filed under: Education,Marketing Comments Off

We at Backyard Brains love cockroaches. Every time we see someone with butterfly earrings or a butterfly tattoo, we think, “That would look so much better if it were a cockroach. Pobrecita Cucaracha. Nobody celebrates you.” No more, you can now show your love of insects plain and utilitarian with our new T-shirt, available now. 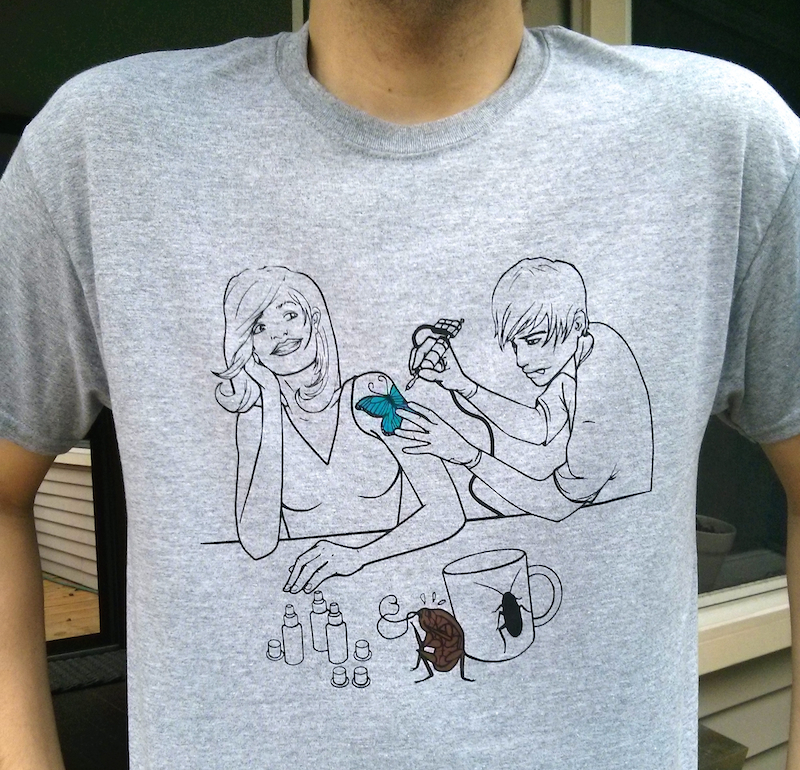 2014-Jul-16 Filed under: Education,Experiment,Hardware,Marketing,Software Comments Off

The EMG Reaction Timer will settle once and for all who has the fastest draw in the west… or you can use it to perform neuroscience experiments, in the home or classroom, exploring how we respond to different kinds of stimuli! The Reaction Timer works with our EMG SpikerBox and Spike Recording Apps to give you the most precise measurement of how quickly you can react to a stimulus! There’s no buttons to press or rulers to catch, which can create a minor amount of lag, you just have to FLEX in response to the cue! END_OF_DOCUMENT_TOKEN_TO_BE_REPLACED