[Summer’16 Internship] The Dragonfly: Connecting the laser to the Spikerbox

2016-Jun-29 Filed under: Education,Internship Comments Off

From previous neural recordings, I have data of the spikes of the TSDNs. However, I had yet to find a way to record the onset of the stimulus (turning on the laser) so that I could correlate it to the spikes. In order to both simultaneously record the event of the laser turning on and the neural recording of the daringly TSDN, I exchanged my neuron Spikerbox for a Muscle Spikerbox Pro, which allows me two channels (later I would find that I didn’t even need the second).

Basic schematic for how this will be accomplished: 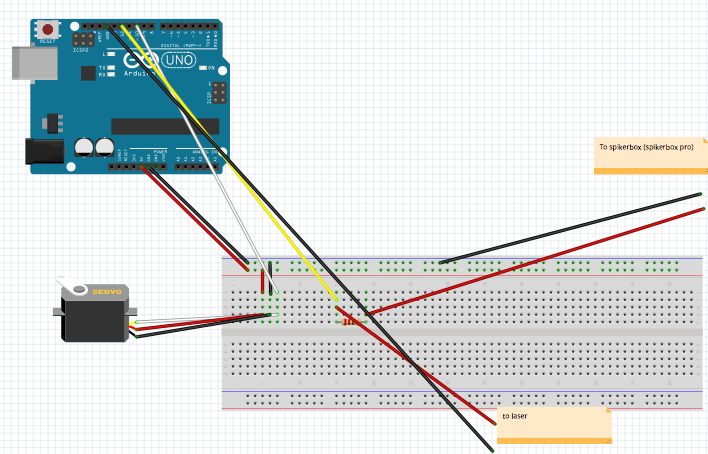 This allows me to simultaneously record whether the laser is on and record from the neuron of the dragonfly.

Here are some more pictures of how I accomplished this: 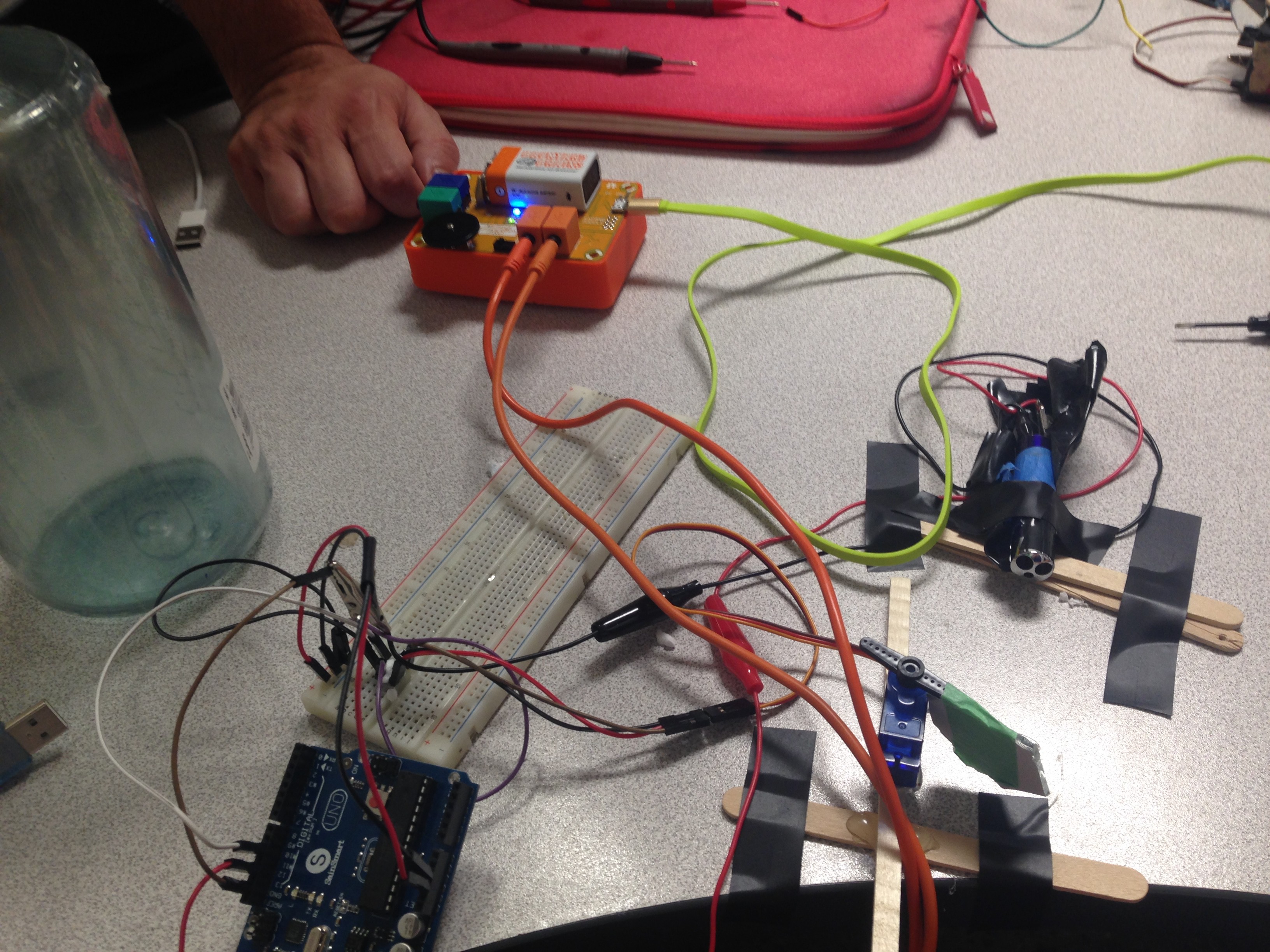 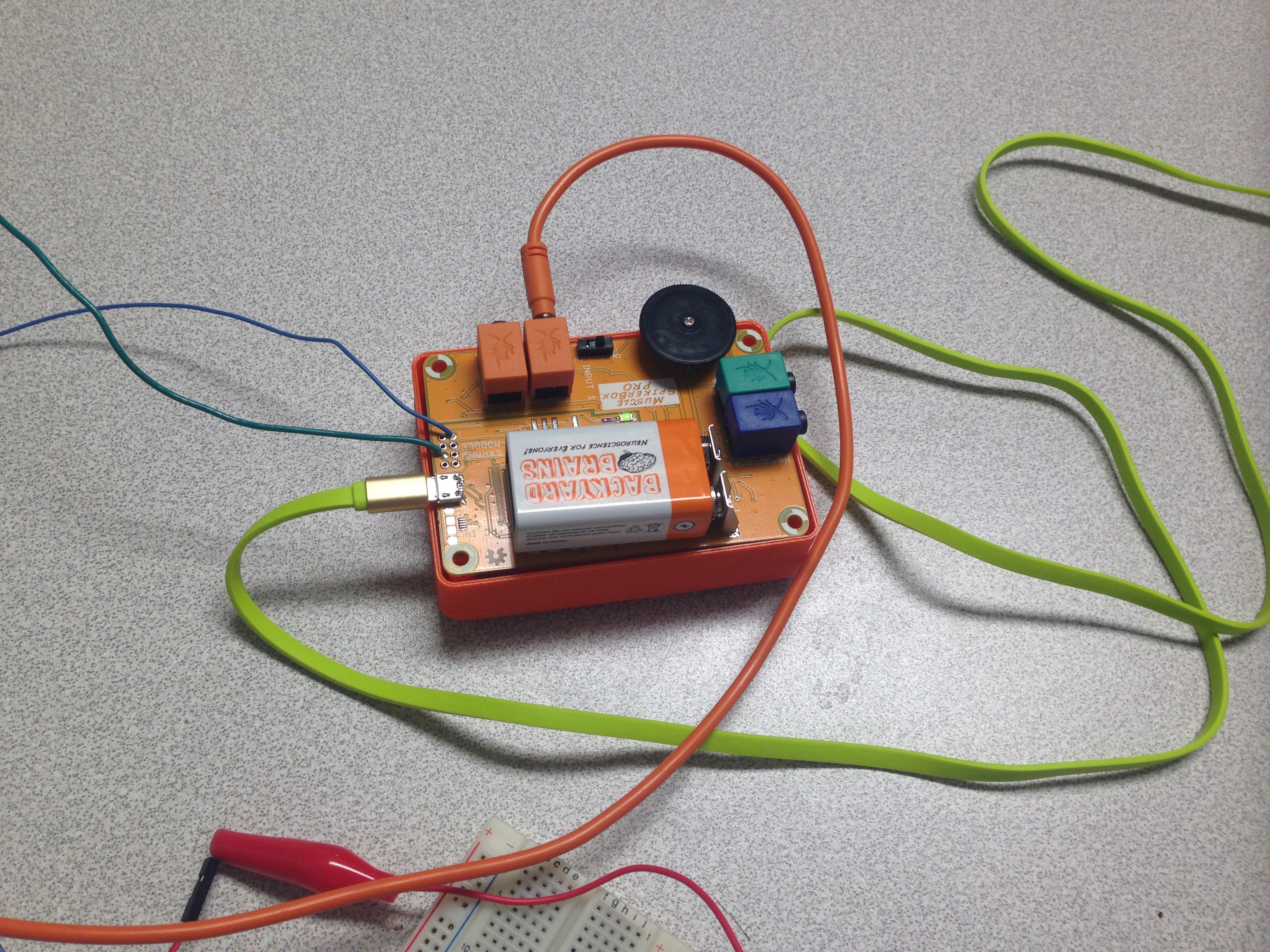 Below is a video of the final result: