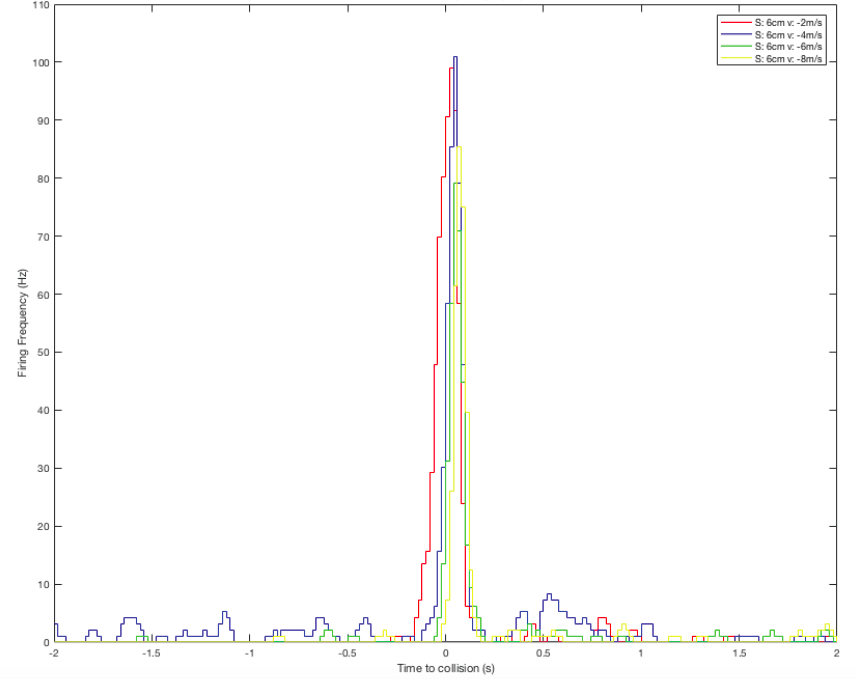 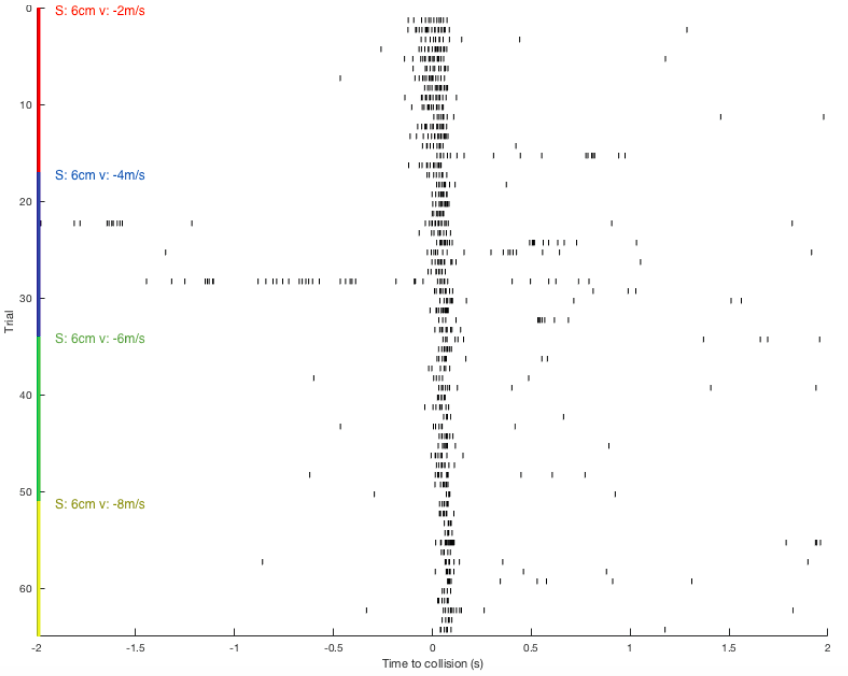 Now that I’ve collected ample data for the “classic” experiment of testing the DCMD response to objects approaching at various sizes and velocities, I want to keep exploring grasshopper vision. So far, the iPad screen is kept at maximum brightness, so the contrast between the white background and the black ball is high and clear. Now, can grasshoppers still see the black ball if the screen brightness is at its darkness? Let’s find out!

Grasshopper G26-072516 is the subject for this test. I performed two extreme brightness levels: the highest and lowest, each for 20 trials with 6cm balls approaching at -2m/s. Note that I measured and changed the amount of brightness by adjusting that brightness bar built into the iPad. So the “lowest” brightness is not complete, pure darkness. The black ball is still identifiable, just very low contrast with the gray background.

And… I obtained results I did not expect! At max brightness, DCMD firing rate peaks at 95Hz. At minimum brightness, it peaks at 90Hz. Very, very similar firing frequency and peaking profile. 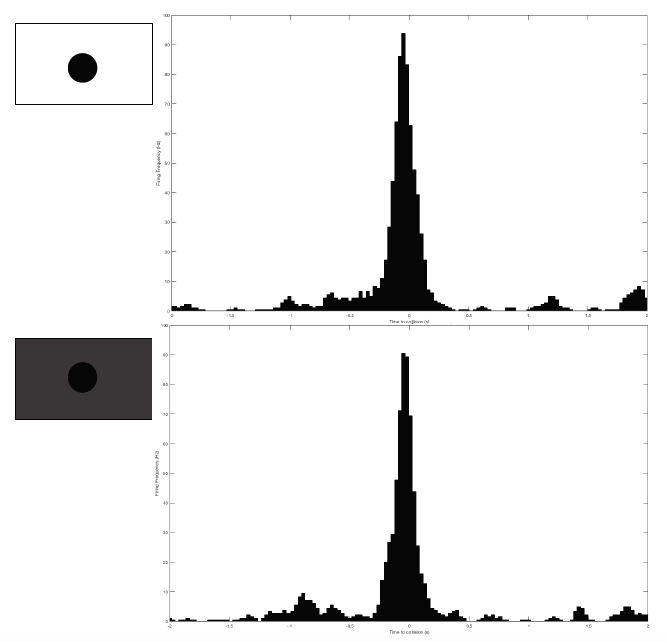 Does this mean that grasshoppers can see in the dark?! At least I can say with these negative results that grasshoppers might be able to detect approaching objects even if they din’t highly contrast with the background.